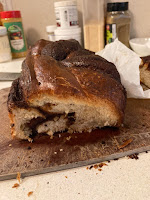 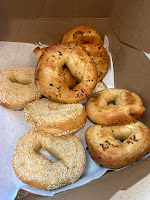 BAGELS IN RENTON?  Although I've lived in Western Washington for 43 years, and in Renton for the last 22 years, I was raised in the Garden State, New Jersey, a place where people take bagels very seriously. And as much as I love living in Renton, it's not a place famous for it's bagels. In fact, Renton does not have a single place that calls itself a bagel bakery. Safeway bakes their ghastly version, and Fred Meyer's aren't much better. Uwajimaya and Top of the Hill market carry the products of Seattle Bagel Bakery, baked in nearby Tukwila. They're a little better than Safeway and Freddy's, but they're underwhelming. A few years ago, the late, great Flour, Sugar, and More bakery in the Renton Highlands made bagels, and they were surprisingly good. But now, alas, gone. Now there's a new bagel player in town. The Red Tea Room is offering hand made, boiled, authentic 'New York' style bagels once a week,  available for pickup. I bought a dozen la
Post a Comment
Read more

If you open a brand new restaurant during a pandemic, does that qualify you as nuts? 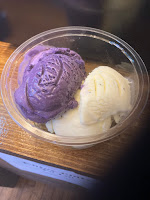 If you open a brand new restaurant during a pandemic, does that qualify you as nuts? It might. Opening a restaurant when there's no pandemic around is something that requires a little insanity in the first place. Even when the economy is just buzzing along, restaurants fail. A lot of them. What I think I read was that for every ten restaurants that open today, five years from now, eight of those ten restaurants will either be out of business, or owned by someone else. And that's when the economy is going good. Some people shouldn't be in the restaurant business. Some don't start out with enough of a financial cushion to start out with. Some open restaurants in "jinxed" locations, and the curse doesn't reverse. Some are great cooks but can't run a business. Some have health issues, or the economy implodes. There's all kinds of reasons why restaurants have to cease operating. And yet, here we are.  People are still opening restaurants. Restaur
Post a Comment
Read more 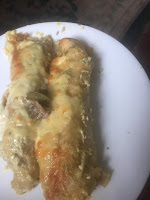 KITCHEN SINK ENCHILADAS If I'd known how good these were going to taste, I'd have made them prettier. Thrown some avocado slices on top, and some red onion. Or sliced black olives. It was a " use what's in the refrigerator" meal, and we had a lot of vegetables in the refrigerator. So I sautéed  some mushrooms, onion, garlic, cauliflower, broccoli, and Asian eggplant. I happened to have some leftover green enchilada sauce. I'd made the sauce a few days earlier, but if you're less ambitious, the canned green enchilada sauces taste pretty good also.      I also had some leftover cooked kasha, roasted buckwheat groats. And threw in some chopped hazelnuts, which were hiding in the back of the refrigerator, but till tasted good.  And Ballyshannon, an Irish cheddar from Kerrygold, which was both inside the enchiladas and also on top of the outside. It was vegetarian and delicious. Definitely not low fat. I found a bottle of  coconut aminos, a soy sauc
Post a Comment
Read more 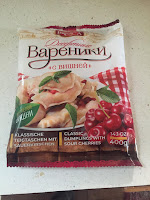 A Public Service Announcement We are living in weird times. As a result of the fast spreading and potentially lethal coronavirus, many states are under Shelter in place, or Stay at home orders. One is allowed to go outside for exercise, or to pick up food or medicine, or other essentials. But many businesses have been ordered closed,  and social distancing is urged. Thus, while many restaurants are still open as take out and delivery places, very few of them are thriving. Some were noted as being hangout places, and hanging out at these places is not an option. Some  have closed. It wasn't easy to run a restaurant here before the Coronavirus. Lots of people are out of work. People are being urged to stay home. And we are urged to minimize contact in person with other humans. But if you can afford to, it's not a bad idea to get restaurant food delivered or picked up, at least once in a while. . They need the business, a
Post a Comment
Read more 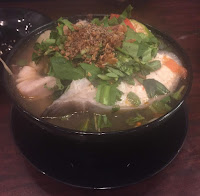 We all have our "little quirks". One of mine is that I resist going to restaurants that refer to themselves as bistros. I know it's not fair.  I've sometimes later gone to places with bistro in the name, and had a perfectly good meal. But my immediate inclination is to run for the hills. A few months ago I went to the Renton Bistro on S 3rd St, the place that use to house gene's, and Pino, and Vino. It's now a Vietnamese "Bistro", and the food was good in the couple of times I've been there, but the service was slow. Yet one evening about a month ago, it wa getting late, we were tired, nobody felt like cooking, and Diane had a cold and a craving for congee. We passed by the Red Bamboo Chinese Bistro(1306 Union Ave, Renton, in the same complex as the driver's license place) and took a chance, despite my aversion to bistros. You know what? The place is really good! The black bean sauce green pepper shrimp was fresh tasting. That'
Post a Comment
Read more 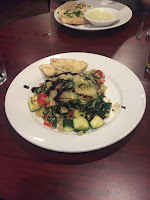 Renton's got a new brewery. It's Bickerson's Brewhouse, (4710 NE 4th St.), in the eastern Renton Highlands, in the complex where the QFC is. Renton now has three breweries. I went to check out Bickerson's on Thursday. A while back I checked out Dubtown Brewing, the next newest kid on the brewery block (201 Main Ave S), and at four years old, Four Generals Brewing( 229 Wells Ave S.) is the senior citizen of Renton breweries, and  is a place I continue to return to. Anyway, the beer pictured is Bickerson's Five Blind Mice, an IPA. It was delicious. What astounds me is that the last few times I have gone to each of these breweries, they were full of people drinking beer.  As Martha Stewart said " It's a good thing." Just a few years prior to Four Generals opening, there were a couple of Renton breweries, operated out of the owner's garages. Herbert B. Friendly was only open one afternoon a week. They were in South Renton, and it was the garage
Post a Comment
Read more
More posts

Freakazoid Freddy
Early in 2006, while wasting time on the job surfing the web, I discovered a local blog called the Displaced Hipster's Guide to Renton. I enjoyed it, and the blog author and I shared taste in restaurants, so I sent him an email telling him how much I enjoyed reading his stuff. Turns out he lived across the street from me.He invited me to post, and I did for the next six years or so. Neighbor dude lost interest in blogging, so I became the sole blogger. But it was never my blog. Years later, he and his wife split up, they sold the house, and both of them moved away. The new neighbors have repainted the house red, white and blue. I got tired of blogging, and took a very long break. Now I'm back.