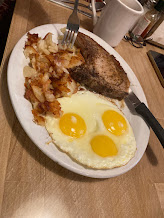 I don't think I'll ever figure out why some restaurants are successful and some aren't.  Sure, some restaurants provide delicious food, great service, and an enjoyable atmosphere, and deservedly experience success. Other restaurants consistently provide mediocre food, rude service, noisy atmosphere, and are always busy. Yet other restaurants have great food, great service, pleasant atmosphere,and don't stay in business very long. I'm sure location plays a part. But there's also some psychology involved: People tend to want to go where other people are dining, and avoid places that aren't busy. When asked about whether he wanted to dine in a particular restaurant, Yogi Berra once answered "Nobody goes there anymore, it's too popular." I recently visited a couple of local places that I've been to numerous times, but don't think I've ever written about.  The first is Rubattino's, 808 S 3rd St, Renton. Rubattino's is Renton'
Post a Comment
Read more

Soon to open restaurants in the Renton area

Despite restaurants being a tough way to make a living, they continue to open. In the Renton area, at least three restaurants should be opening within the next few months. Sabah Cafe, 420 NE Sunset Blvd, Renton, in the old Amante Pizza space, will be serving Turkish food. Turkish food is good. In downtown Renton, Premier Meat Pies will be opening in the original Armando's space at 919 S 3rd St. They will be a restaurant, bakery, and pub. They have a couple of existing branches, in downtown Seattle and the central waterfront near Ivar's. And just a few blocks north of the Renton city limits at 11301 Rainier Ave S, 98178, Winnie's Cafe and Deli will be serving Ethiopian food and coffee. South Seattle and Tukwila have a number of Ethiopian restaurants, but I don't think Renton does. But this will be only a couple of minutes from downtown Renton. I haven't eaten a lot of Ethiopian food, but Ethiopian coffee is the best. Yirgacheffe ranks right up there as one of the b
1 comment
Read more

You don't need to feel awful about falafel 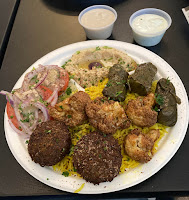 A good falafel is a marvelous thing. Falafels are crunchy, crispy, spicy, salty, and meaty(even though they're vegetarian). Paired with salad and either a sesame tahini sauce, a yogurt/garlic sauce, or a mango sauce, hummus, and pita bread, it's a good meal with a lot of flavor.  Unfortunately, Renton, Washington is not a place that has had many good places to eat falafel. Oh, Gyros House at the Landing had falafels on the menu, but they were more of an afterthought. They had lots of things on the menu much better than their falafel. And they've been out of business for a while. Organic Juice Bar and Gyros also has falafel on the menu. They have other things on their menu that stand out, but their falafels seems to be made from a mix, and don't wow me. The newly reopened Red House has something they call falafel fries, and they're good, but as they're shaped like steak fries, so they're not exactly the real thing. The Red House has some marvelous food, so m
Post a Comment
Read more 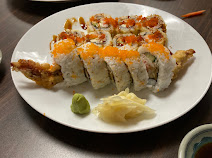 In the local restaurant world, one really good place recently opened not too far away, and three others are opening soon, which gives me reasons to get excited. The place that recently opened is Momoya Sushi and Bento, at 241 Sunset Blvd N, Renton 98057. It's in the same complex as Westernco Donuts.  Momoya is not a new restaurant. They have relocated to Renton after a  15 year long run in Kirkland. They're a small place with a not very large menu. They don't need to have an large menu because these are people who know what they're doing, and put out a delicious product. Friendly, competent, and reasonably priced. The salmon teriyaki was perfectly cooked. The sushi rolls tasted fresh and were addictive.The Bento boxes are an especially good value. I'll be back. In Renton, after something like an 18 month absence, the Red House is rising from the ashes, under new ownership, scheduled to open sometime in February. The Red House, at 410 Burnett Ave S, Renton, was a po
Post a Comment
Read more 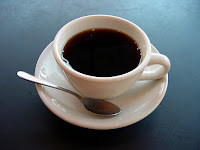 Somehow, it escaped me that National Coffee Day was just a few days ago.  A day late and a dollar short, I do want to praise coffee.  I begged Grandma Sylvia to give me coffee when I was 5 years old. She eventually caved,  gave me a small cup that was 80% milk, and I was hooked.  At this point, a few years later, I generally drink coffee at home, coffee that I've roasted myself outside on the back porch. Coffee roasting can be an acrid smelling, smoky endeavor, so many years ago my coffee roasting was exiled outside, which is where it should be unless you've got some pretty powerful exhaust fans. Despite my roasting and drinking most of my coffee at home, I've been to all of the places in downtown Renton that serve good coffee,  have seating, and it's acceptable to just have coffee. I'm not counting giant coffee chains that start with the letter S, even though Renton has a bunch of them. I'm talking about the independents. Like anywhere else in the Seattle area,
2 comments
Read more 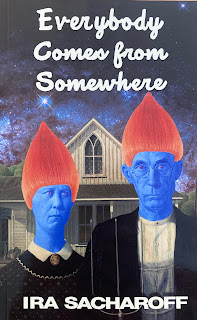 When I started Freakazoid Freddy Eats seven years ago, it was with the rule that the only thing that could be discussed was food. Not discussions of politics, religion, sex, literature, or the weather. Vegetable gardening would be okay, as well as recipes and restaurants. I've kept to that rule strictly. Until now. Why now? Because I wrote a book(under my real name), and I'm trying to hawk it. It's a science fiction/genealogy novel. And food does play a part in the book. How could it not, being written by someone so irreparably food obsessed? Also, you know where you can buy a copy? Smoking Monkey Pizza, 613 S 3rd St, in beautiful downtown Renton, Washington. How cool is that? The pizza is good, they have pickup and delivery, as well as dining in. Whether you can have a copy of my book delivered along with your pineapple and blue cheese pizza, I couldn't tell you.  If you're nowhere near Renton, or are allergic to the smell of garlic and pizza dough, you can also
1 comment
Read more

The best fish tacos in Renton 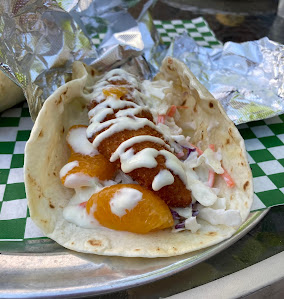 I have liked fish tacos since forever.  In fact, I've rarely eaten a fish taco that I haven't liked. And I feel very lucky that the town I live in, Renton, Washington, has a huge number of restaurants that serve fish tacos.  So it's been my mission the last six months or so to try as many different fish tacos as possible. This list contains my top ten finds. There may be others I haven't tried, so if I've missed any, point me in that direction and I can update this list. So which place has the best fish tacos in Renton? I couldn't decide. I had to go back and retry places several times( a good excuse to eat more fish tacos), and I still couldn't declare one place's fish tacos as the absolute best. Instead, I've broken it down into tiers. I did not dislike any of the fish tacos on this list, and if you brought me a plate of fish tacos from any place on this list, I'd happily gobble them up. So, without further ado, the top tier, in no particular
Post a Comment
Read more
More posts

Freakazoid Freddy
Early in 2006, while wasting time on the job surfing the web, I discovered a local blog called the Displaced Hipster's Guide to Renton. I enjoyed it, and the blog author and I shared taste in restaurants, so I sent him an email telling him how much I enjoyed reading his stuff. Turns out he lived across the street from me.He invited me to post, and I did for the next six years or so. Neighbor dude lost interest in blogging, so I became the sole blogger. But it was never my blog. Years later, he and his wife split up, they sold the house, and both of them moved away. The new neighbors have repainted the house red, white and blue. I got tired of blogging, and took a very long break. Now I'm back.